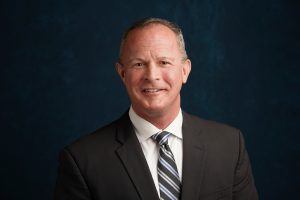 I would like to take this opportunity to introduce myself to you. My name is Jimmy Stewart, I grew up in West Virginia in the 1970’s and 80’s graduating from Marshall University in 1992. Upon completing an MBA from Xavier University in 1994 I moved to Athens, Ohio in 1995 to work for the Caterpillar dealer in SE Ohio where I covered about nine counties. I had a wide variety of customers including manufacturers, lumber, coal, and even Tennessee Gas Pipeline.

In 1997, I ran for Athens City Council. Starting out new to Athens and completely unknown, I campaigned the old fashioned way by knocking on doors, listening more than talking, and attempting to build consensus. That November I was elected and served until the following summer when I was appointed Athens City Auditor. The following year I was elected to a full term as City Auditor.

In 2002, I was elected to the newly drawn 92nd House District where I served three terms representing Athens, Meigs, Morgan, and part of Washington County.

In late 2009, I was elected by my colleagues to be Senate Majority Leader which is the number three leadership position in the State Senate. During eight plus years in the Ohio General Assembly I passed roughly a dozen pieces of legislation by large bipartisan margins. Building consensus among different legislators and constituents was usually best done by keeping an open mind to other points of view and understanding what motivates others to make the decisions that they make.

While I worked on a wide variety of topics during my tenure, energy issues interested me the most. I have long believed that low cost reliable energy will be a key factor in the success of Ohio and the United States in the coming years. The natural gas industry will have a huge role to play in that success and could give Ohio a real competitive advantage.

The next several years are going to be exciting in the natural gas industry. The Ohio Gas Association will have an important role to play and should be a resource that will help ensure our members to be in the best position possible as the industry moves forward. Our members have considerable experience and expertise which puts our Association in a great position to be a resource for each other as well as the regulatory and legislative side of the industry.

Thank you for giving me this opportunity to be President of the Ohio Gas Association.